Home > Living With It > Coping With FMS: Educating Yourself 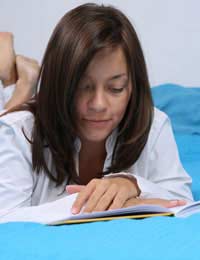 Like many disorders, getting hold of background information and learning about the disorder can make it easier to cope with the symptoms of fibromyalgia syndrome.

The Internet is a great source of information, but be aware that a lot of it is written by people with no scientific or medical training, who are just reporting their own symptoms, which may be different from yours. Also, be aware that there are a lot of ‘snake oil’ salespeople out there who peddle pseudoscience (fake science that’s dressed up with ‘sciencey’ words to sound real) and expensive or dangerous treatments that either just don’t work or could actually make things far worse.

People who care for individuals with fibromyalgia syndrome need to understand the disorder too – it will help them provide care, and will help them cope with the inevitable stresses too. Make sure that carers, friends and family have lots of good-quality information, so that they understand about the disorder – for example, why days out sometimes have to be cancelled, or jobs left unfinished.

A self-help group for carers of people with fibromyalgia syndrome will provide education, as well as support. Carers need care sometimes too!