Home > Facts > Statistics: How Many People Have FMS

Statistics: How Many People Have FMS 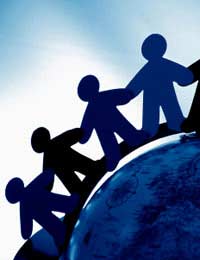 How Many People Worldwide Have Fibromyalgia Syndrome?

How Do Fibromyalgia Syndrome Numbers Vary Around the World?

Based on this prevalence, around 800,000 people in the UK would have fibromyalgia syndrome (but bear in mind that this is just an estimate, and is based on the prevalence in the USA – it may be different in the UK).

How Do the Numbers Differ Between Men and Women?

How Do the Numbers Differ With Age?

How Long Before You Know You Have Chronic Fibromyalgia?

Is Fibromyalgia Linked To Changes In Brain Molecule?

What is Fibromyalgia?
Share Your Story, Join the Discussion or Seek Advice..
[Add a Comment]
Welcome to the world of vaccine injury hell.
MiMi03 - 12-Sep-18 @ 1:52 AM
I’m newly diagnosed, and it’s like I’m in a living hell, everything hurts all the time, no medication helps, it’s a life long illness, and I’m only 14. Sports is my favorite thing in the world, but that’s becoming hard, I’m not really up to anything anymore, I’m always tired because I can’t sleep at night, even with sleeping medication. If anyone has any tips or anything that will or even just could help, please let me know asap!
Bec - 11-Oct-17 @ 12:54 AM
my mum has fibro and i always help her most people cannot see how bad she is and think that she is lazy but they are blind to what we can see, she doesnt lay in bed all day she pushes herself to the limit. She wont let it beat her or live off medication because she is strong. BE AWARE OF Fms
cj - 2-Jun-17 @ 5:48 PM
Annette, I liked your comments about Fibro and I like the title of your book.Nodoube IT HURTS LIKE HELL!Thank you for bringing awareness to this syndrome.So many people have no clue as to what people have to live with when thy have Fibro. I am newly diagnosed and interested in learning more. Good luck in your endeavors and I wish you all the best.
Punkin - 26-Jan-13 @ 8:31 PM
I am trying to bring awareness to the world. I have had Fibro for 15 yrs, I wrote a book about living with daily chronic pain(FMS). It is called I HURT LIKE HELL by Dorrance Publishing. also avail at Amazon, Kindle, dorrancebookstore.. I have decided to dedicate my life to raising worldwide awareness. I know i will proly not see a cure in my lifetime, but i want the name-calling, the humiliation, our families and friends dont believe our pain is real. So my slogan is AWARENESS NOW...acceptance that i have chronic pain and their are things i cant do anymore and my life and relationships have changed. But I am still a wonderful,caring,loving individual. I am more than FMS, it does not own my life.thank youSincerely Annette L JacksonAWARENESS NOW
AJ - 20-Jul-12 @ 5:55 AM
Title:
(never shown)
Firstname:
(never shown)
Surname:
(never shown)
Email:
(never shown)
Nickname:
(shown)
Comment:
Validate: